Black (and White) Magic In The Arctic

So, I had this urge to be creative! Perhaps it was that article about Ansel Adams, perhaps a story about photography competitions. Something made me think: can one capture the beauty of Arctic and Antarctic using black and white photography?

So I hopped on a plane, a ship, and a kayak and went back to shoot all my photos in black and white. 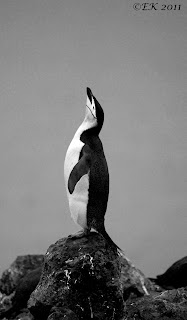 The following picture was taken during a canoe trip on Bowron Lakes, British Columbia. I had a guide who was working on a picture book of the region, and as you can see, I followed him (and his advice) closely. I'll call this Photograph the Photographer. 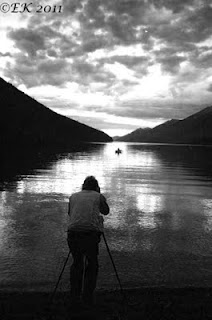 And here's Tim The Arctic Explorer! (taken on Ellesmere Island) 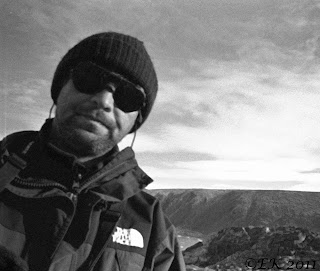 Another explorer, Martin is waiting for dog-sledding season to finally begin. (Svalbard/Spitsbergen) 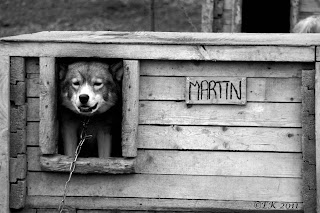 Not far from Martin, a lone female Polar Bear was trying to survive the ice-less summer. As I wrote in a previous post, you are watching here a sign of the beginning of the extinction of them due to global warming. I'll call this photo The Polar Ghost. 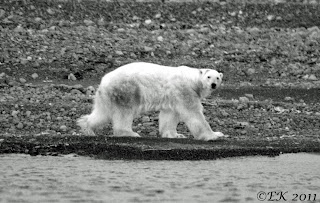 Already convinced? What I like about black and white photography is that not only you can't hide behind magnificent natural colors, but in fact you can bring the most out of situation due to its sheer, singular beauty. Of course, plays of shadow and light just jump in joy into your black and white photo as you can see below!

We'll end this post with Black (and White) Antarctic Magic. 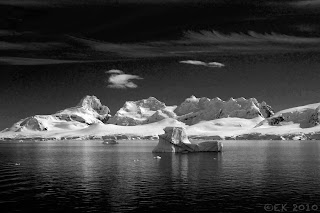 As always, all the pictures in this post were taken by me... For more beautiful photos, see my recent post Frozen Creatures of The Arctic And Antarctica