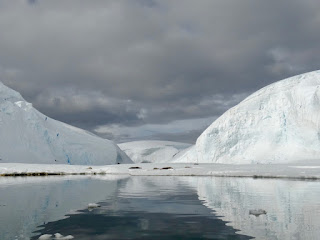 From the 450 pound (200 kg) Crabeater Seal to the 8,000 pound (3.6 tons) Southern Elephant Seal, the ocean and shorelines of Antarctica are simmering with seal action. Located somewhere in the middle of the Antarctic food chain (feeding on krill, fish, penguins; eaten by Leopard Seals and by whales) - Seals look innocent, playful, lazy, and sometimes vicious - depending on their type and their mood. Mostly, they really like to nap. If you've never seen a 8,000 pound creature resting comfortably on another one - You haven't appreciated weight.

Resting on floating sea ice and on the shore, with no Polar Bears to be concerned about (see my post Penguins in Alaska? Polar Bears in Antarctica?), it's easy to stumble upon them. They all look similar - with distinctive features based on their type (Crabeater, Weddel, Leopard, Southern Elephant, Ross...). They all have a similar body, at different sizes and colors.  The Southern Elephant Seal, for example, can come in a color collection resembling a candy store! 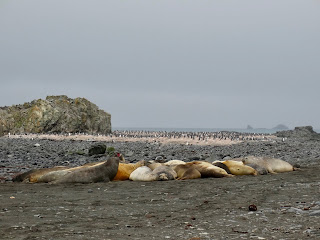 But get closer, and you begin to wonder whether individual seals have their own personality, as shown by their facial features and the look in their eyes. This time around, I chose to share with you a series of closeup portraits I took of some Antarctic seals in my recent (December 2016) trip there. (In fact, a few of these were shot by my kids who accompanied me) I was fascinated by their looks and became convinced they have a soul. No wonder that in some languages they're called "sea dogs"! What say you?

Ready for a couple dozen photos? Click on any photo to enlarge it. Some browsers will allow you to slide from one photo to the next. Those with iPhone: Reader View is recommended. 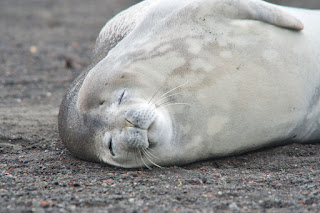 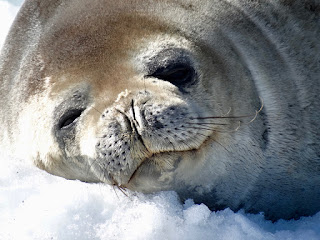 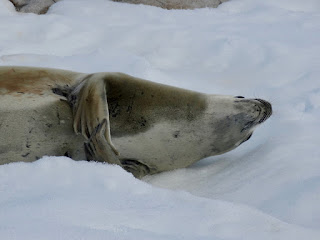 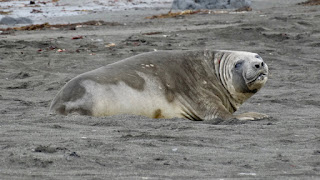 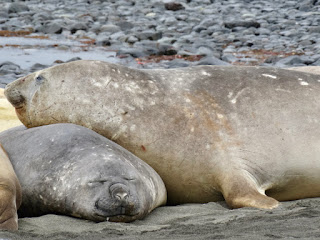 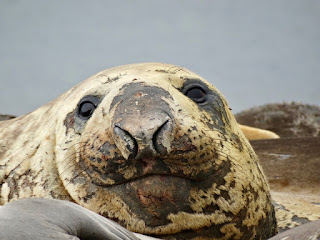 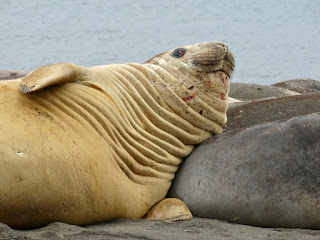 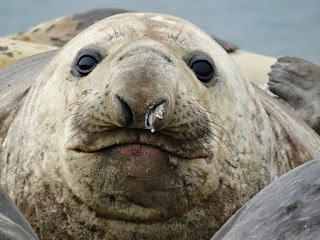 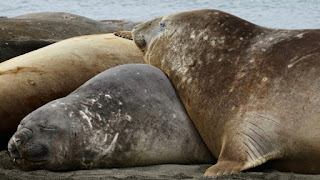 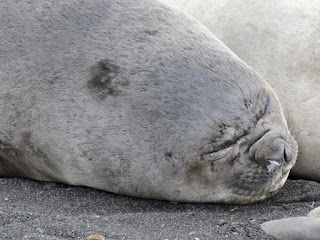 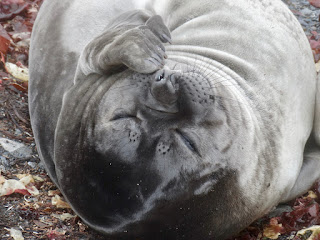 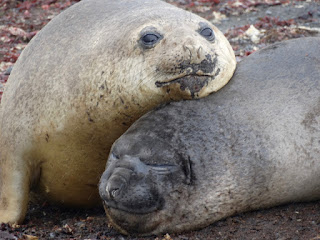 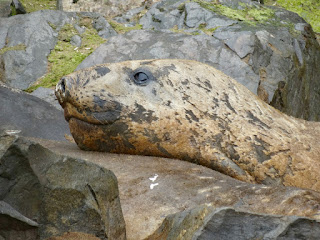 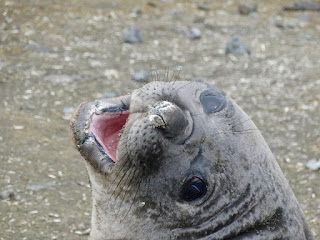 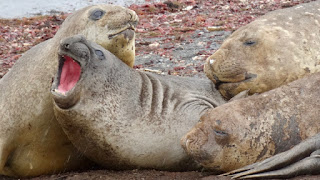 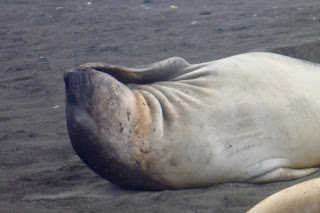 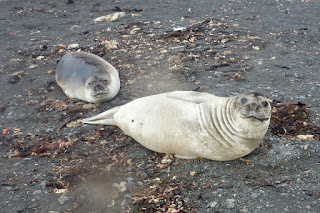 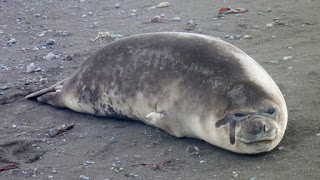 See my post Antarctica and The South Pole..... for more stories and photos

Of course seals have a soul. All animals do.
Why do humans think they are so unique?