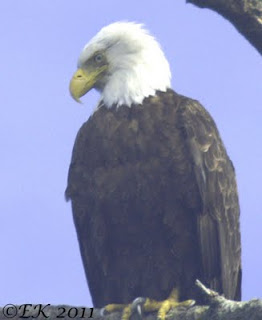 There's this movie, where a soldier is looking through a binocular only to find a sharpshooter aiming straight into his eye. Well, taking pictures in the Arctic and Antarctica is not exactly that dramatic! Or at least it's dramatic in a different, more productive way. However, it is always special to shoot a closeup of wildlife, looking eye to eye almost to see who blinks first. The Bald Eagle in the photo above was clearly not going to be the one to blink first!

I was speaking to a friend recently and told her how I kind of missed shooting portraits sometime: my travels have taken me to see amazing vistas and exciting action, and of-course the best of wildlife, but the facial expression shot by great photographers is something to envy.

Later, I looked at my photo collection and thought that in fact I DID have lots of portraits, although not of people. Nevertheless, I recalled how when taking some of these photos, mostly "shooting from the hip", I sometimes was convinced that the animal was looking straight back at me, literally posing for the perfect portrait.

So here they are, a variety of Arctic and Antarctic portraits, focusing on eyes. Please, let me know which one you thought was the prettiest, the ugliest, and the scariest! Add a comment at the bottom or send me an email, and I'll publish the results. Hey, I may even have to go back there to give them the awards!

This seal popped out right in front of my kayak far up north in the Arctic ocean. Alas, it didn't have a camera and I did! 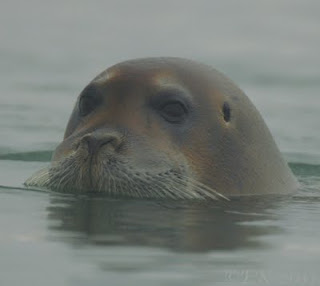 But, speaking of surprises, it's still better to watch that seal than see a scary Walrus popping out right in front of you. Walruses of-course know that nobody, including Polar bears, can do them harm, so this one, maybe 5 feet from my kayak, turned its back on me and just gave me the look. 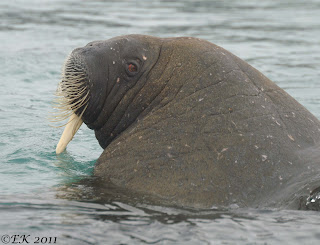 I once had the urge to hang this photo on the inside of my guest restroom door, so that, you know, they sit down, look up... etc. Would be nice to hear the scream or the gasps. But I'm too kind for that.

And how about the Arctic Ptarmigan?  One of the few birds to reside in the far Arctic all year long, it also is among the very few to have feathers on its legs and feet: 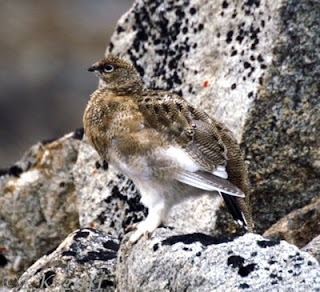 Remember: with birds, when they turn their head away, they are actually watching you very carefully! So don't think you're not at the center of their interest. That Ptarmigan was probably thinking: "I wonder how HE will survive the winter here with no feathers on his feet!"

Bears are another thing, of course, in the sense that you care A LOT about what they're thinking. While we were indeed looking each other in the eye, at Katmai Park in Alaska, I have to admit I focused more on his fingernails. 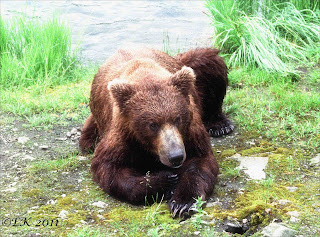 That bear might seem scary, but I did not see, you know, that sparkle of wisdom in his eyes. Wolves are another thing. This wolf, shot (by camera, that is) in central Alaska, has such a look in his eyes that I was certain he was thinking really fast. Well, they are predators who fed many Native American legends! 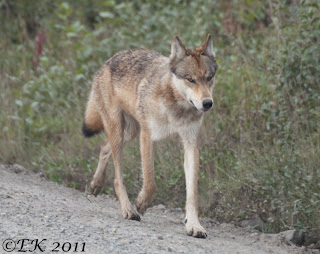 OK, enough with these scary animals! Cute - Give me something cute! 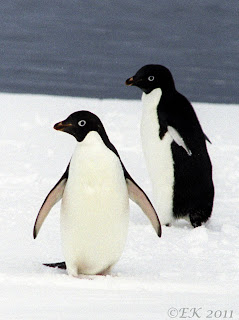 Well, Adelie Penguins (here on the Antarctic Penninsula) are certainly cute. But be honest with me: aren't these the most blank, not to say stupid, eyes you've ever seen?

OK, so give me another cute, puffy, to hug and to die for portrait!  Alright, alright. 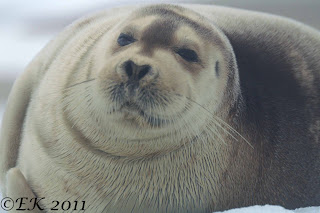 This Arctic seal, taken from zero range (I'm in my kayak, he on his little floating ice), really tested my urge to touch it (I didn't). But you've got to admit: isn't he oh-so-cute?