A Free Advice for Amazon 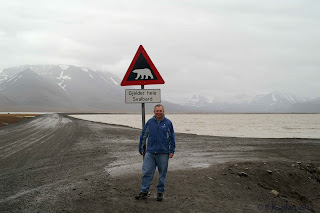 Have you read the news over the weekend? A vicious thunderstorm in Virginia, USA, cut the power to millions of houses and - most importantly - to an Amazon data center. As a result, many services hosted on Amazon where shut down for hours, most notably Instagram.

The Instagram incident was very painful, because millions of young kids were forced to upload to Facebook pictures that looked modern, not 30-years old!!! And in real natural colors!! It ruined the weekend for all of them.

But Amazon can only blame itself. Who puts a data center in Virginia? The state gets thunderstorms half the time, and you can't even fly technicians in because the airports are closed. And on top of that they have to put fences and fancy stuff to protect the data center from crooks trying to break in and steal their books. Well, I guess the books are electronic. Whatever.

But, Voila, I have a suggestion for them: Just move your data center to Svalbard . Svalbard is an island north of Norway, up into the Arctic Sea. It's cold, isolated, and remote. In fact, as you can read in the link above, Svalbard hosts the Global Seed Vault, a safe-in-a-cave dug deep into the mountain, where seeds of plants, fruits, and vegetables from many countries are stored in case a global disaster breaks. Till then, the seeds are stored in a naturally frozen vault, at a place where no Iranian lunatic will bother to drop The Bomb.

The seeds include those of over 1,500 types of potatoes! We're all going to have one big mashed potato party after the next nuclear war.

Svalbard is a beautiful place to tour, especially by kayaking along its shores: (click on any photo to enlarge it) 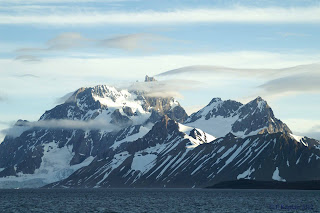 The island is the last front before you paddle the Arctic Sea all the way up to the pole, or rather to the permanent ice cap. But in recent years, the effects of global warming have been felt even there, with very little ice on the water during the summer. 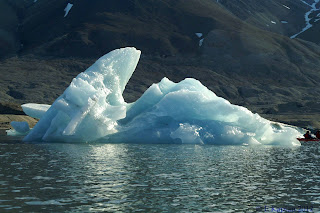 I love this picture! Look at the ice! But back to our topic. Amazon will get lots of benefits from placing its data center in Svalbard, next to the Seed Vault. There are no thunderstorms. But most importantly, there is no need for all these security budgets because there are free guards all over the place! As a proof, here are some incidents of thieves trying to get into the Seed Vault that I caught on my camera:

1. A thief trying to sneak into the Vault: 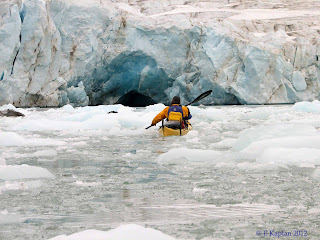 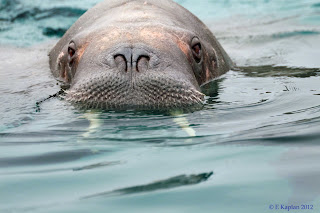 2. Another thief trying to get onto the shore while a guard (accompanied by her kids as school's out for summer) says "yeah, right, why don't you just come on shore?" 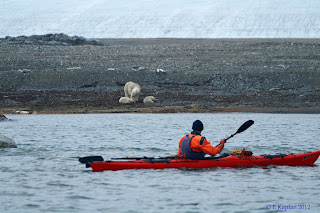 3. Skeletons of Seed Seekers who died attempting to get on the island while pretending to be whales: 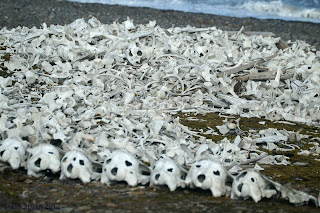 And, if all hell breaks loose and someone passes all the perimeter security, there's always Martin waiting for them. 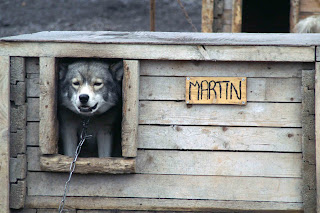 In short, I can't seem to understand why not transfer the data center to Svalbard. After all - Aren't bits more important than seeds?

Get some summer reading done by reading my post Alaska, Arctic, and Far North Books to Read

Great idea! Unsure what the energy requirements of the site would be - perhaps fully sustainable solar- or wind-powered?