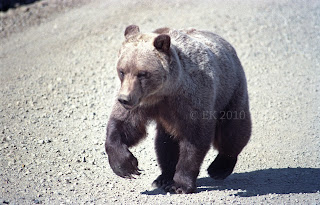 Nice, ha? You're on a road in a well regarded national park, and apparently the right of way does not belong to you! I mean, it might belong to you, but would you exercise it?

Bears are mighty, powerful, and massive animals, even when they look small and sort of cute or innocent. While most don't eat meat and if they do - you're in danger only if you're a fish, you don't want to get under their paws or between their jaws.

How's that for a rule of thumb?

Today, I present a collection of some powerful photos of bears, photos I took from generally short distances but without really risking my life too much. I will say little, so you just sit back and contemplate the strength of the animals in these pictures. Click on any picture to enlarge it! 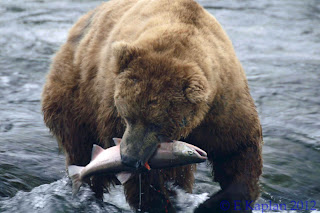 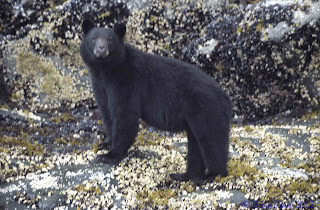 So, bears like fish and they like berries. (during season, a lone bear can consume over an acre's worth of berries per day) But you don't always need a closeup photo to get a feel for their sheer power. Here's one of my favorite pictures, taken in Denali Park, Alaska; from a fair distance, I could almost feel the muscle mass of this lone, survival machine: 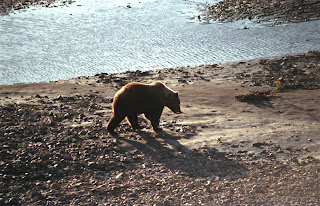 But of-course, sometimes bears will be glad to demonstrate their strength to their pals, in a game that makes you wonder how they survive it. 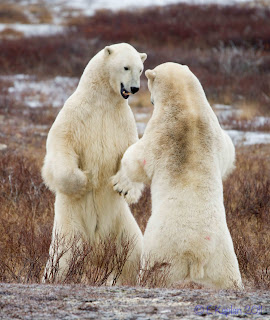 You don't want to get under the claws of these guys! Once, preparing for a hike at Yellowstone, I saw a car whose passenger side door was completely ripped and thrown beside it on the ground. The reason? A couple of hikers left some food in the trunk. A Grizzly bear smelled it, and first tried to open the trunk. I guess he didn't have the keys! So he ripped out the passenger side door, got in, tore apart the back seat of the car, got into the trunk, took the food and went back home. Call that a day's work when you get back to your family!

BUT - They are cute sometimes, especially when young and innocent: 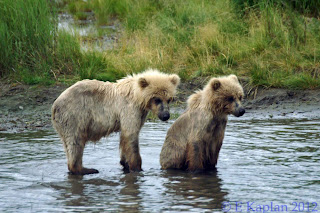 And they do climb trees as babies. 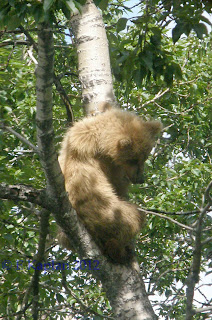 Amazing, as usual...
thanks!
JB