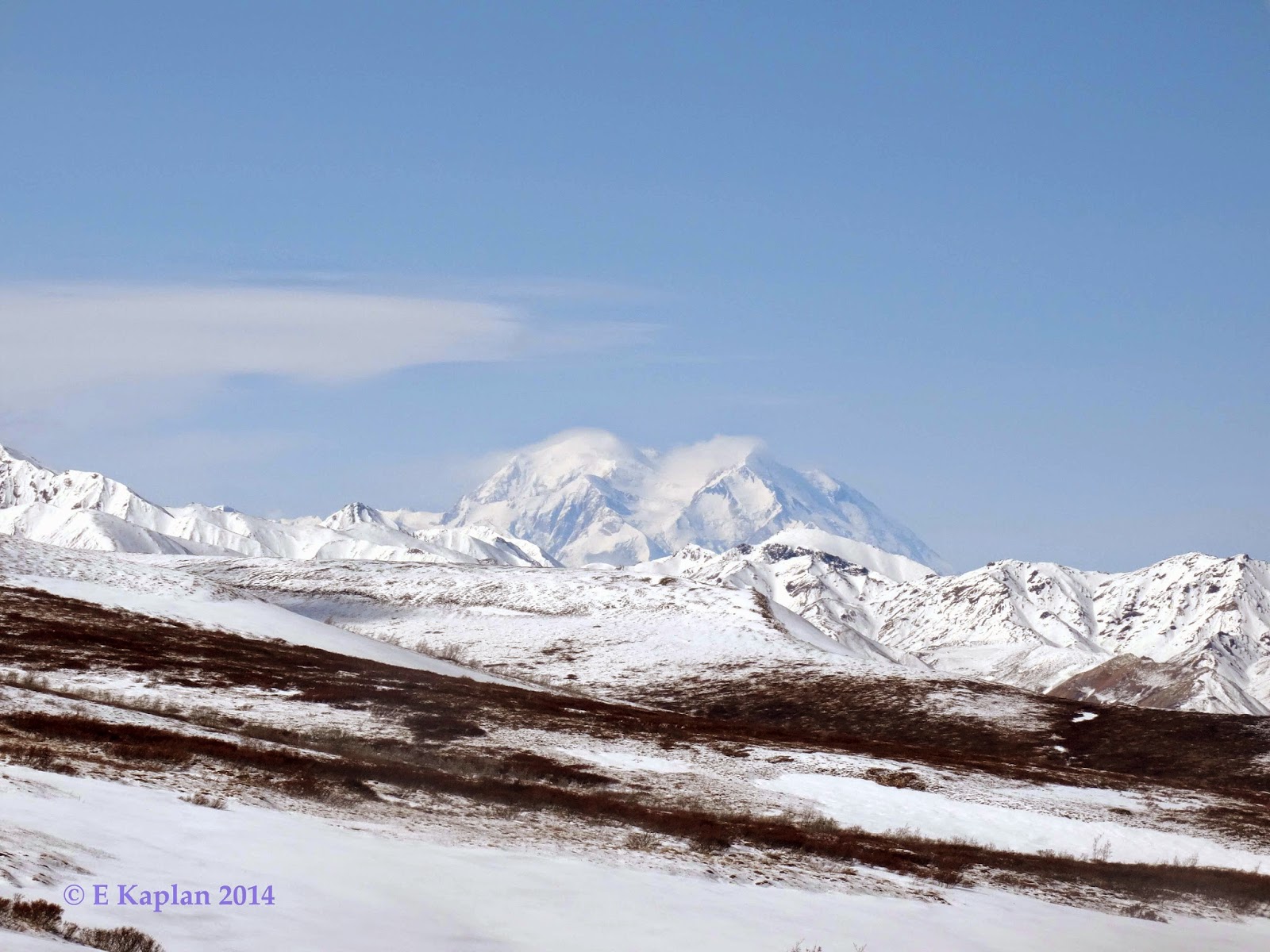 (click on any photo to enlarge it)
I say "springtime", you think "blue sky and some snowy mountains."

Well, that's part of the picture. It's hard to believe it's already a month since I visited Denali National Park during the "shoulder season" of Spring. It's harder to believe how different that was from my previous trips there, mostly done in Summer and Fall.

As I wrote in my last post Put Your Head On My Shoulder Season, this post will be short on words (well, at least considering my tendency to expand on the words side of things), and long on photos.

Denali is a huge park, with one 92 mile-long road that is typically open only for Park Service shuttles, but during the early Spring, when the shuttles aren't running, you can drive your own car for about 30 miles. And of course - There are hardly any people in the park or on the road, and it's basically you and nature much of the time. Add to it the tendency of snow to fall when it's cold, and you get views like these: 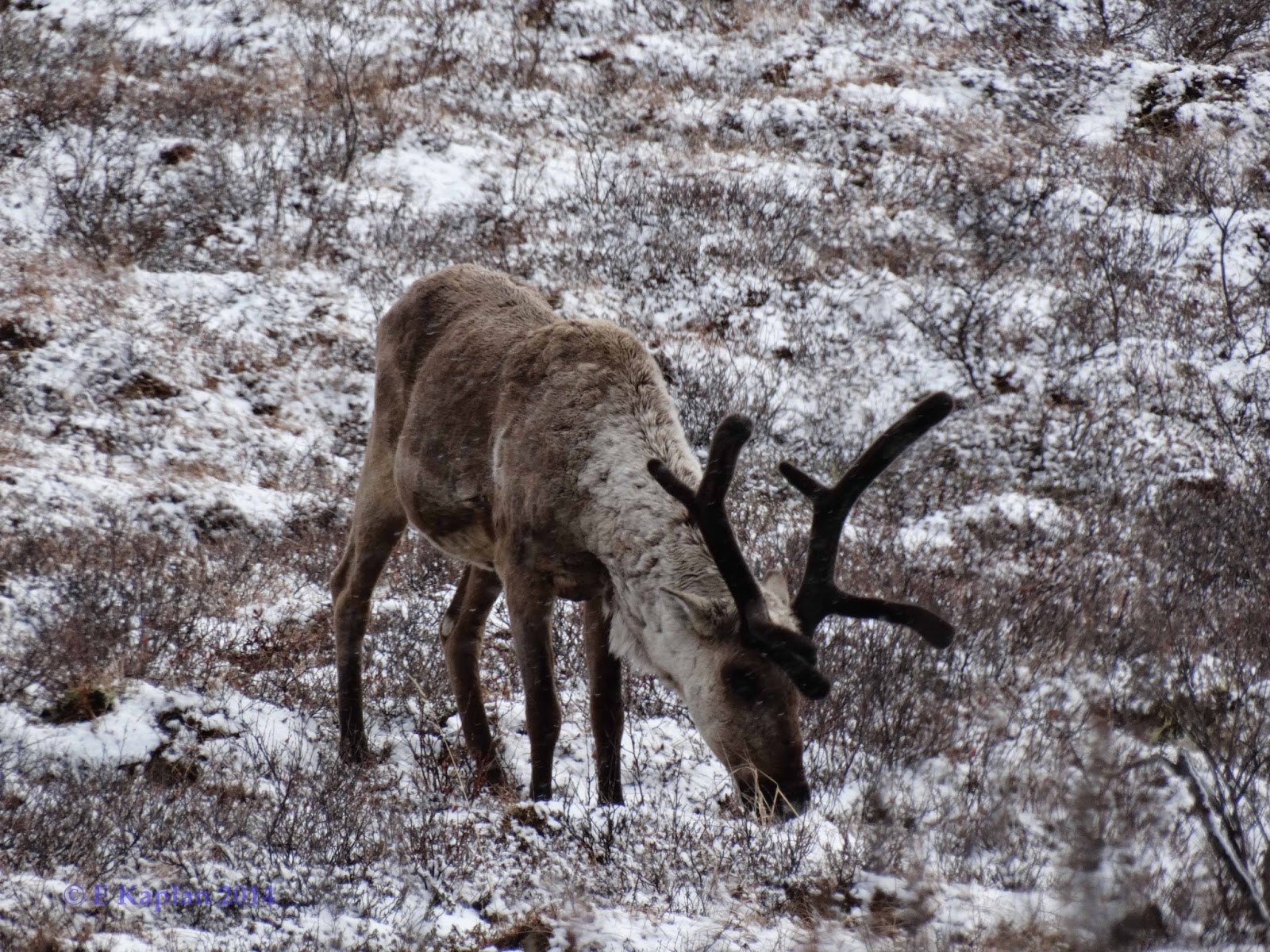 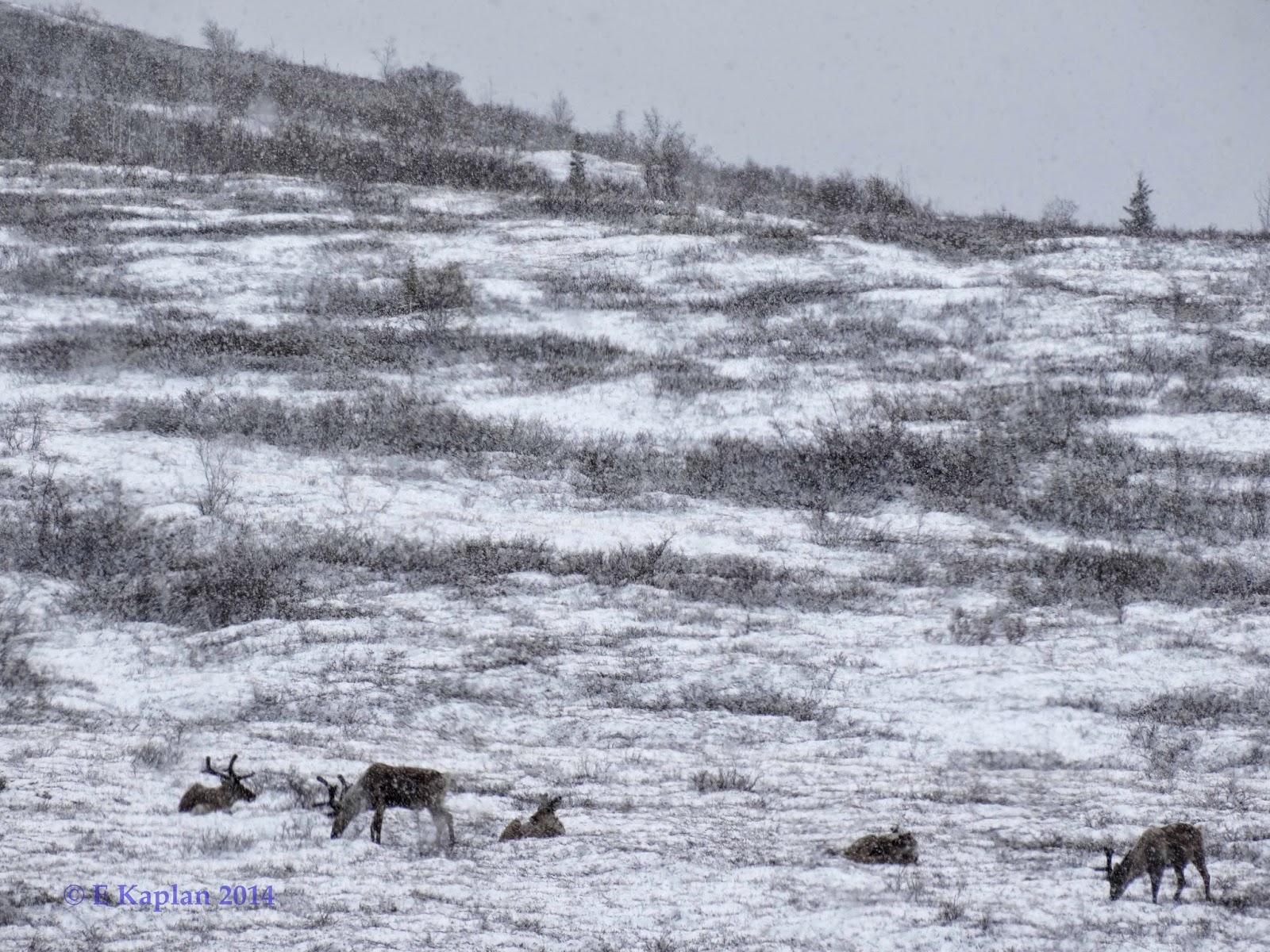 Denali is waking up! While well equipped to deal with the harsh winter, when temperatures easily drop to -40, everyone is happy when it's warm (30F/-1C) and there's again some green on the ground. Look at one happy bunny, which has just turned from its white coat to its summery attire: 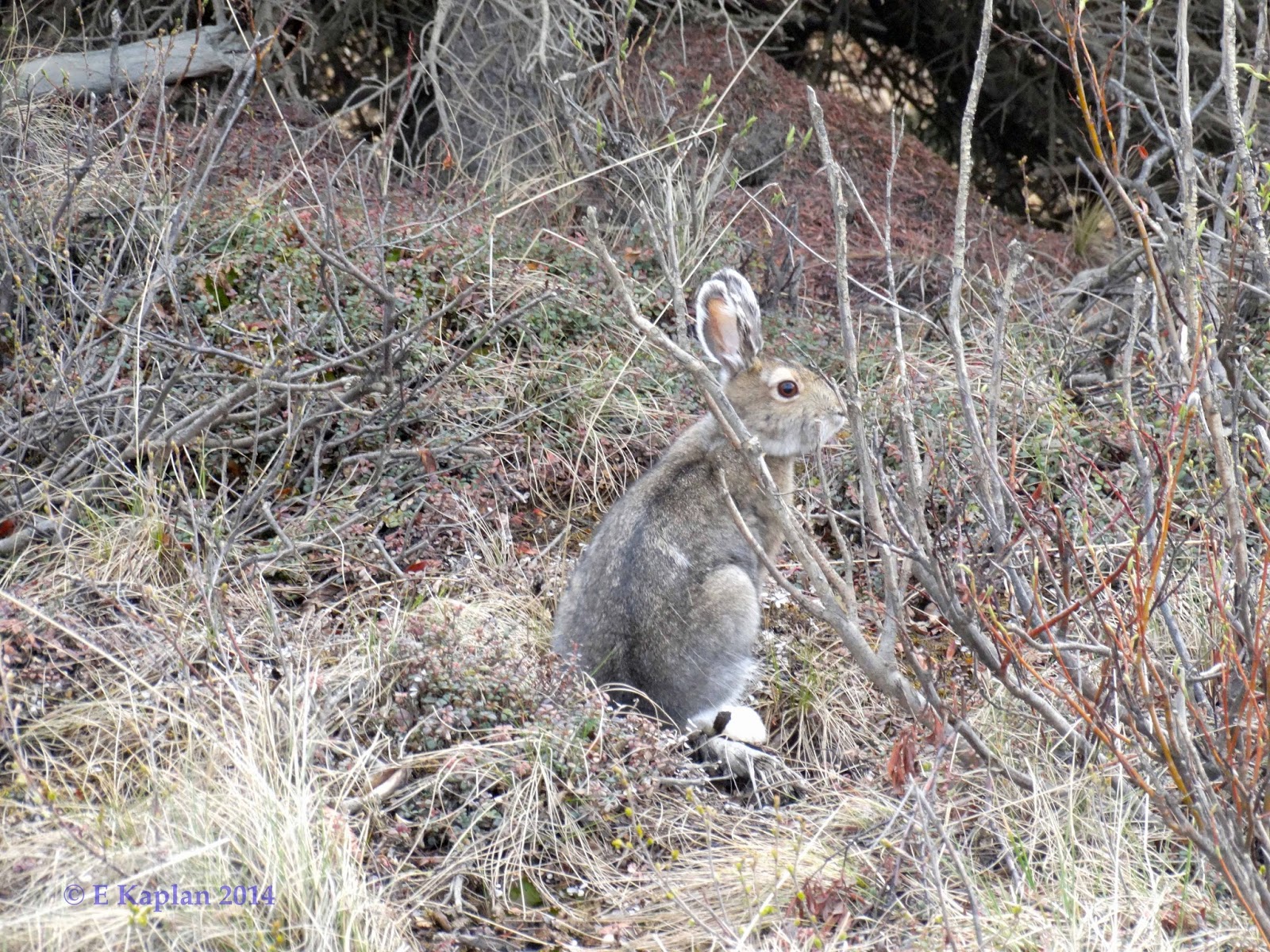 Did you know that in Denali, the bunny community has a cycle of 11 years? And that this cycle is a great example of food chains? This is how it works: the Snowshoe Hare (the official name of this cute bunny) thrives on  the leaves of the willow trees. They eat tons of them! The problem is - the caribou (pictured above), also use the willow tree leaves as their major source of food. So tens of thousands of bunnies eat the willow, and leave little to the caribou who in tern dwindle in population because of poor diet.

But - The caribou is the main source of food for the wolf. So the wolves get hungry - and turn to eating the bunnies instead. Then there are fewer bunnies, more willow trees for the caribou, a greater number of caribou and the bunny population recovers because the wolves are not interested in them anymore. And this whole cycle takes 11 years.

Doesn't seem this guy cares about that, though! 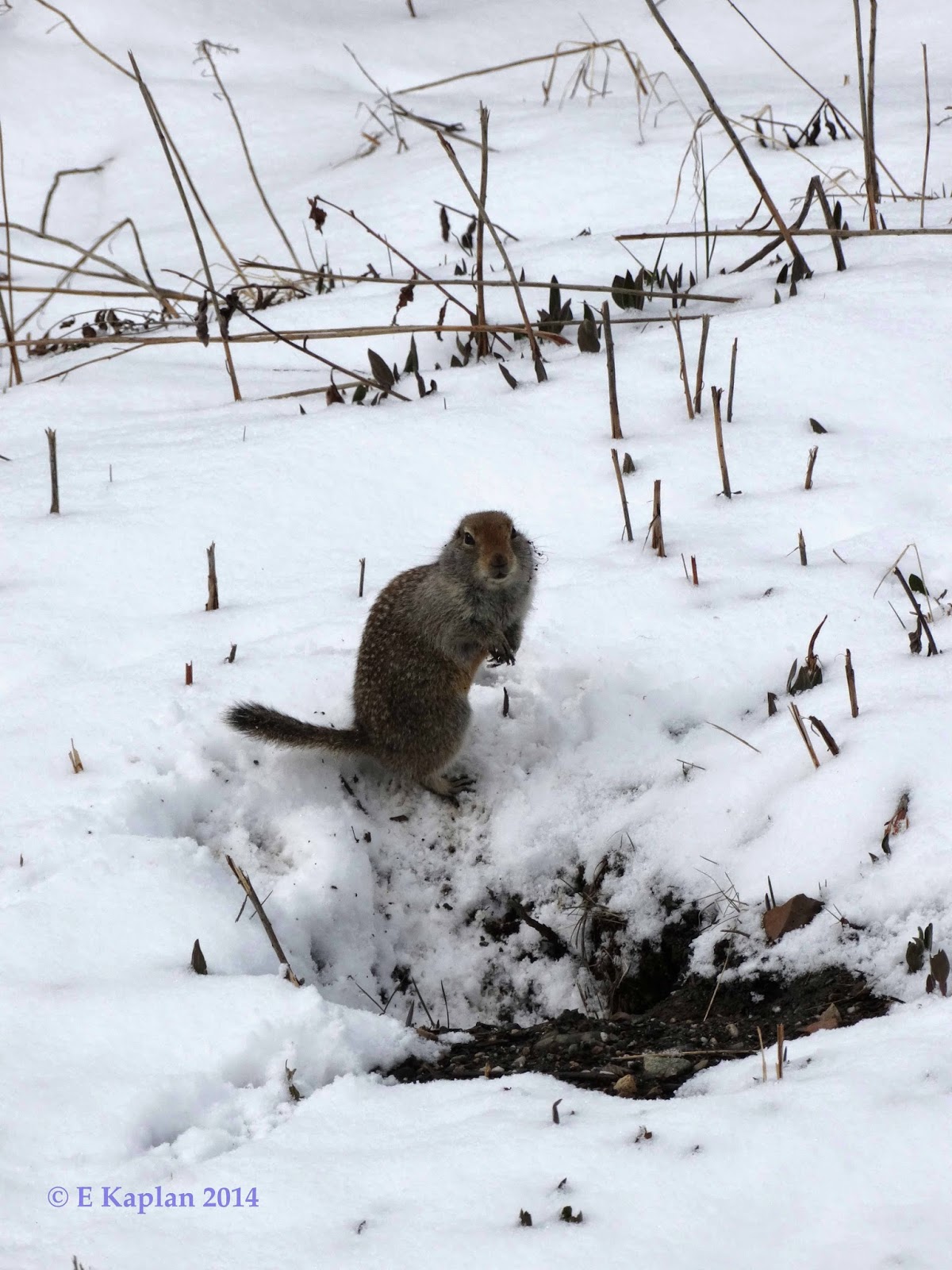 Yeah, the ground squirrel is more concerned about a Grizzly bear chasing it for fun and digging it out of its hole in the ground.

Speaking of bears, springtime is also a great season to hike if you don't mind some snow. In return, you get great views, crystal-clear air, and some slippery slopes. 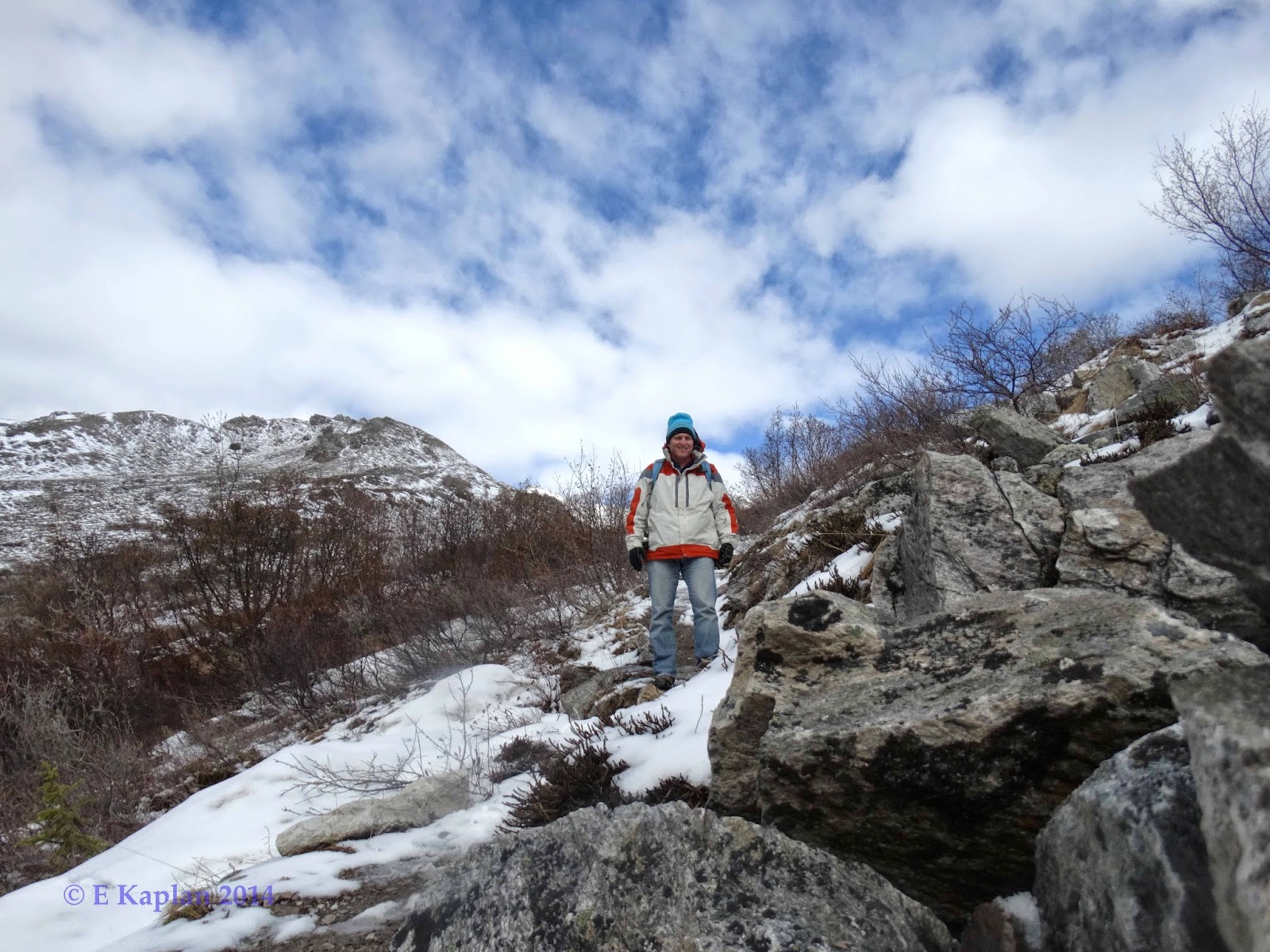 I mean it when I say "slippery slopes!" Can you imagine how hard it is to place your camera on a rock, push the timer button, run fast but carefully on the snow and ice, turn around, and smile, and all in ten seconds? Ha.

The good thing about hiking is that you can see some tame wildlife not too far! 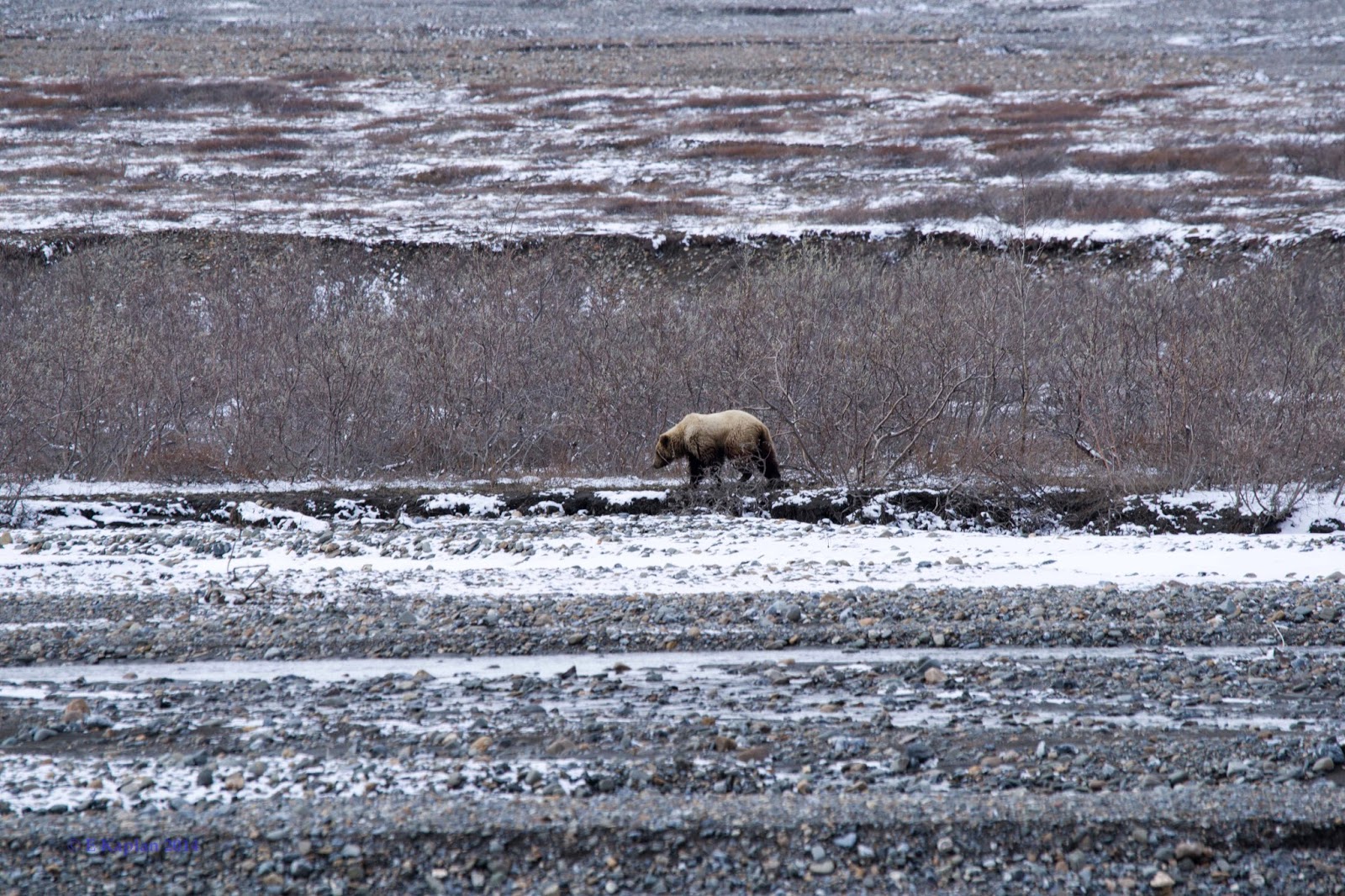 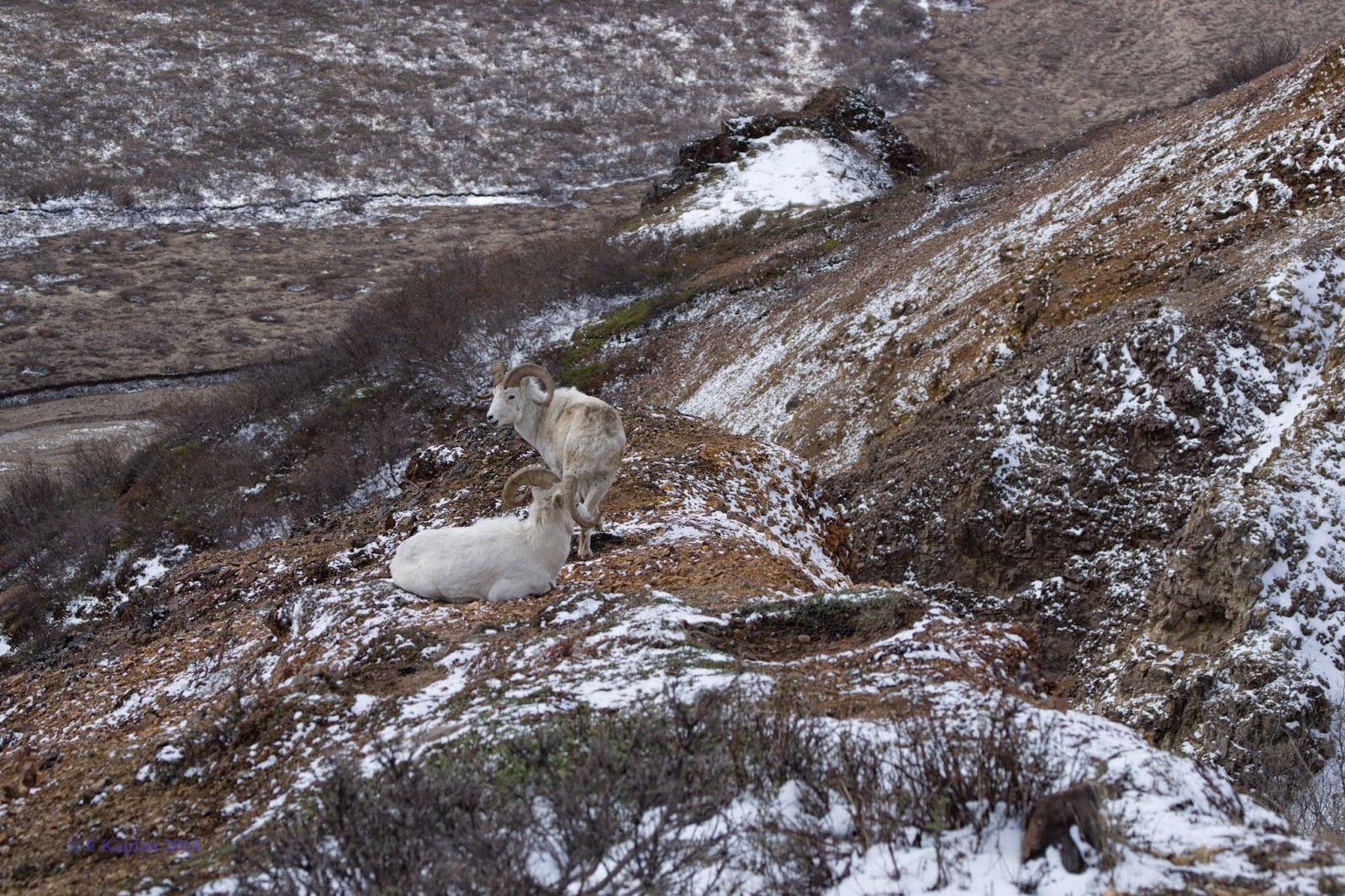 So as you see, springtime is fun in Alaska, and you can literally enjoy the best of both words, snow and sun! 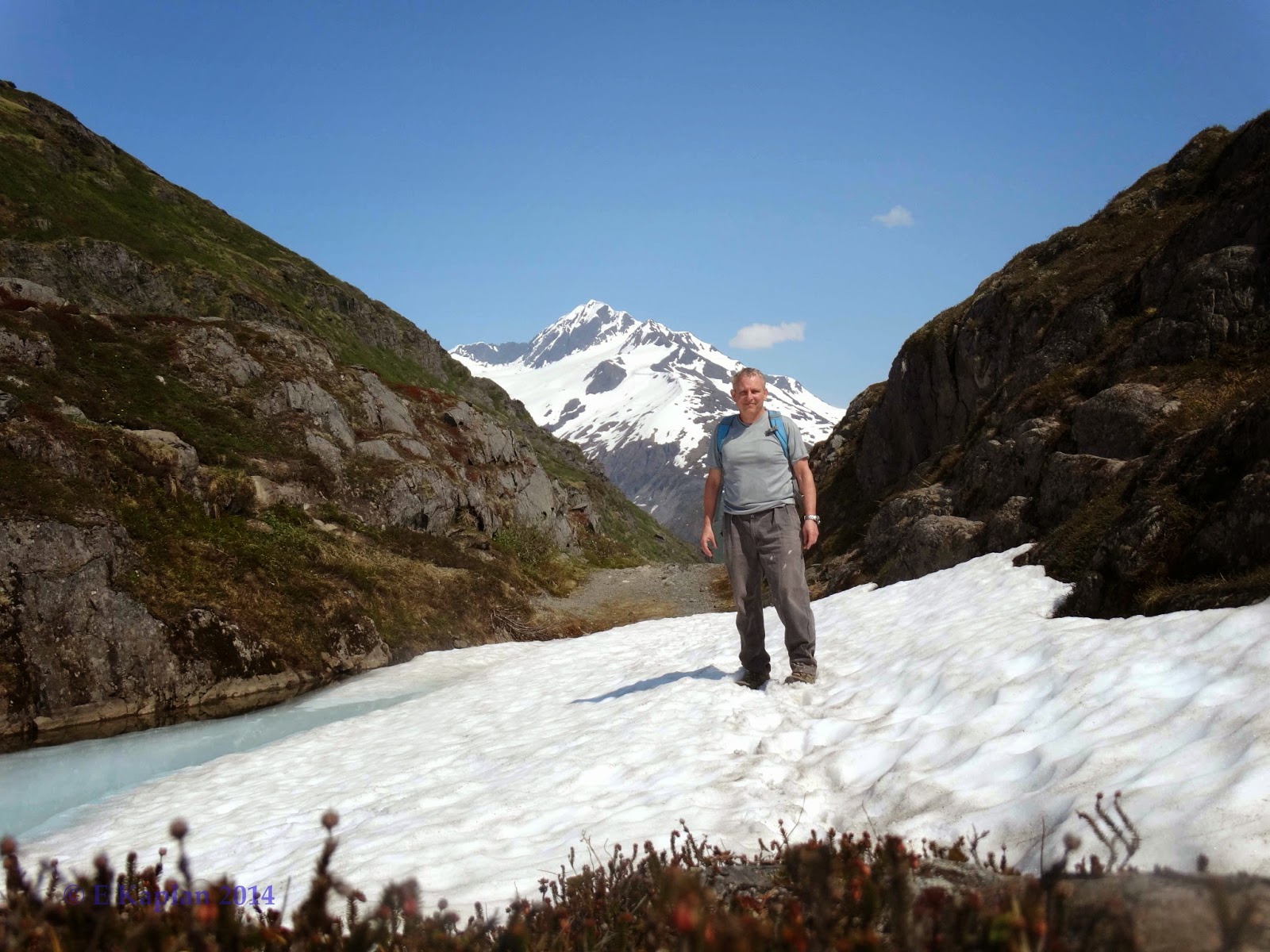 Read my post Eye To Eye for more nice pictures