Arctic Sunsets and Something To Brag About

We begin this post with a public announcement: a few weeks ago, after continued encouragement by some friends and unstoppable nagging by others, I decided to dip my feet in the cold water.
No, I don't mean the Arctic Ocean! I mean photo competitions. You see, over the years I have accumulated a number of good photos, and a small number of really nice ones. I've known that one day I'd like to do something about them, and in a sense this blog is one way to share them. So, just a couple of weeks ago I sent a couple of pictures to a photo contest focusing on patterns in nature. I dug up a couple of pictures I had taken which nicely show patterns in my favorite regions.

Yesterday, I got an email telling me one of the photos was awarded a Runner Up! From many hundreds of photos submitted, being among the top few is something that made my day!

Here's the photo. It can also be found at the competition website by clicking here 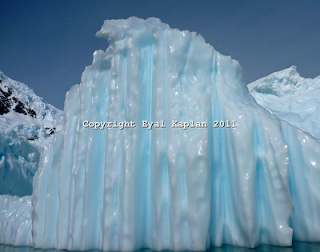 Boy is it hot now! Doesn't it feel like the sun is stuck high up in the sky even when it's about to set? Yes, I know, many of my readers are in Australia, New Zealand, or Argentina and can only sympathize, since it's the middle of winter for them. But no worries - Your time will come in just a few months!

A nice thing about the Arctic or Antarctic summer is that the sun seems to always be pretty moderate, even when it's high up in the sky. And sunsets - which in the high Arctic mean that the sun hovers above the horizon without actually setting - are always beautiful with long shadows and nice colors.

So, in the name of summers that seem way too hot, here are some sunsets way up (or down) planet earth. 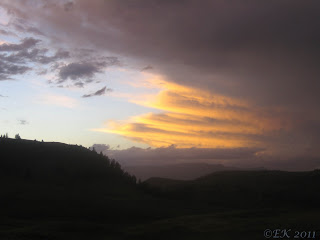 In the following picture, taken in Antarctica, the sun was so low that it seemed to only reflect in the little ice pieces (or were they diamonds?) floating in the water. 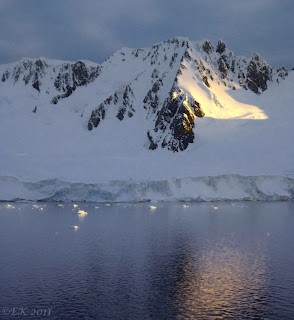 And here, a view of the Arctic Ocean up around Ellesmere Island. I intentionally left the time stamp on this piture, for those wondering what the midnight sun looks like! 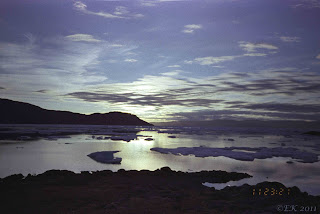 The following photo, taken in Antarctica, is in black and white to reflect the occasional mood when watching huge mountains overlooking a never ending ocean. 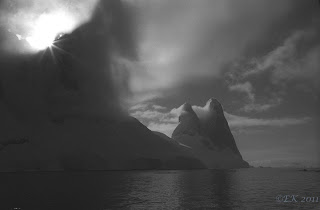 And finally, also taken around Ellesmere Island in the Arctic Ocean, one of my favorite meditation locations! 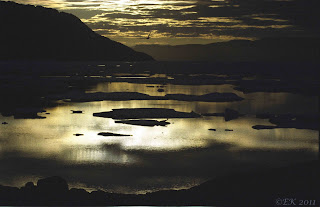 To read more about the meeting of sun and water in Antarctica, read my post Mountains in the Sky, With Diamonds