(click on any photo to enlarge)
Traveling in the Arctic or Antarctica, whether by foot, canoe, or kayak, has given me a lot of inspiration. It is true that most of the times the inspiration is how to design a really good fireplace! However, sometimes, between the natural beauty, the wildlife, and the remoteness of the place, you (I, that is) get the inspiration to be artistic.

A couple of years ago, a friend pushed me to try and send my pictures to some photo competitions. That just added to the pressure by my daughter who had pressed me to do an exhibition. (Probably viewing herself at the opening, with a martini glass in her hand although she's underage!)

I was tempted, I admit, and sent in a few photos. And guess what? I won some awards!!!!!!!! So this post is dedicated to some of the more artsy photos I have taken over the years, which were recognized in some leading photography competitions.... (brag brag brag)

The photo at the top was taken in Antarctica, a reminder of a whale whose memory will be there, in the ice, forever. You can note the penguin in the background, reminding us that life goes on even in the frozen continent.

And speaking of penguins, here is one of my favorite photos. I took that one instinctively and only days later, looking at it, wondered whether that was a lovers' whisper or an angry word said: 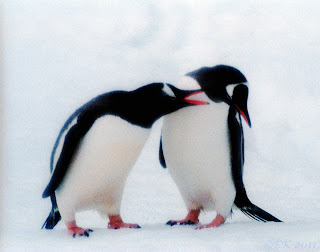 The following picture was taken "a bit" more to the south, in Yellowstone Nat'l Park. There was a huge cloud of steam coming out, and all of a sudden this bison emerged, just like a ghost! 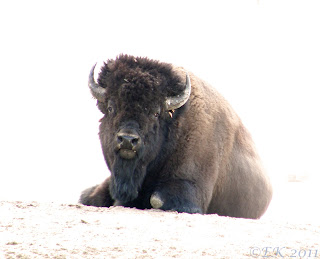 But enough with animals! Nature itself can help provide some very artsy photo-ops. Look at this iceberg, shot straight from my kayak. Don't you think it looks just like a large 20th century plastic piece of modern art? (Don't forget to click to enlarge and get the full impression!) This photo actually got me a nice award. 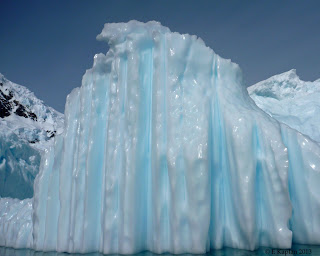 But icebergs can also be wild and convey a feeling of the perfect storm, as well: 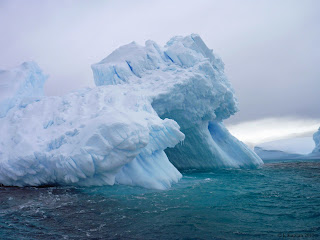 And then again, they can be calm and beautiful. All you need is to paddle real close in your kayak and look at the details! 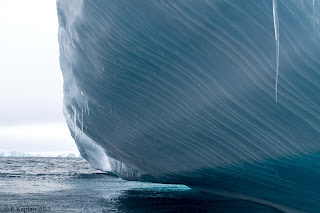 I do take photos of people, too, on occasion. The following one was taken on a lake in the lower sub-Arctic, at a moment of Zen, literally, with complete quietness and no wind at all: 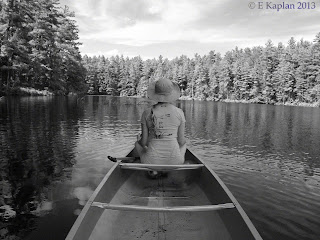 And finally, this photo is of a valley in Denali Nat'l Park, Alaska, showing the cloudy glacial water, carrying rock particles, merging with the clear spring water of the melting snow. Nice colors, I think! 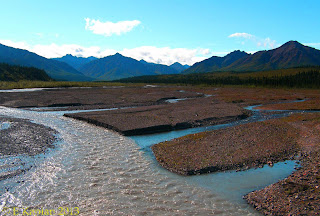 See some black and white pictures I've taken in my post Arctic Black and White, with A Story

Beautiful photographs. Thank you for sharing.